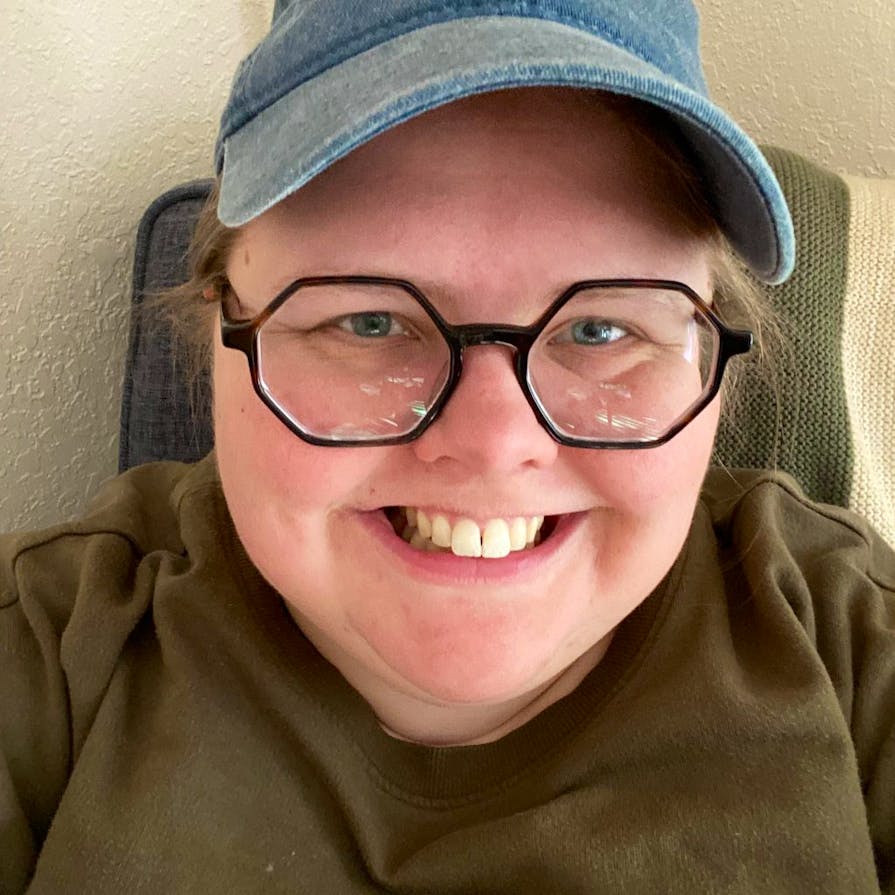 How this queer lawyer is changing corporate law from the inside

Chelsea Neubecker never predicted she’d use her law degree to work as in-house counsel for a real estate startup. As she was finishing law school in Buffalo, New York, in 2018, she figured she’d walk the safe, traditional path of many of her peers and work in government or for a firm. But, as a queer person, she also knew that her career path should reflect and honor her personal journey.

So, in March of 2020, her partner, now fiancee (congratulations!), showed her a job posting that said Flyhomes was looking for a paralegal. Since then, she’s taken and passed the bar exam in Washington State to become a full-fledged lawyer and counselor for Flyhomes in a position that the company couldn’t do without.

We sat down to discuss her role at the company and how identifying as queer informed and even prepared her to become a leader in her field.

How did you find your way into corporate law?

I worked a couple different jobs in Buffalo after law school figuring out my footing, doing a lot of self exploration. I didn’t know where I wanted to work, what I wanted to do because, in law school, they didn’t really talk to me about working in-house somewhere. Working for a company is very unusual to do as your first job out of law school. Usually, you start by working for the government or for a firm, or do all these other traditional paths before you work in-house. But I felt like going this route was kind of an allegory for being in the LGBTQ+ community because, as in-house counsel, just like in life, you never know who you’re going to meet or the kinds of conversations you’re going to have.

You mention law and law school being so traditional. How do you navigate that as a queer person?

It is a little bit daunting to be a queer person in law. There’s a lot of connotations attached to someone who is queer in a field that is traditionally a white man’s world. That’s because law is so nuanced that you’re already explaining yourself and what you do to people you’re networking with who may not understand or accept queerness. So I seek out opportunities to find mentors who can help me build out my skills and confidence and find ways to do queer-focused things at work.

I don’t go about it in a super direct way. I think I go about it in my daily life and I try to inject little bits of queerness and openness here and there where I test the system. I’m still being very professional and polite, but I’m not going to just blindly follow what’s potentially misogynistic or black and white. I try to support the underdog as much as I can and give respect wherever it’s deserved. I’m not doing anything that’s super revolutionary. I’m not trying to draw attention to myself. But I believe that by doing good, positive work, you can actually make much more change than if you’re doing the same old, same old.

So, has being queer kind of prepared you and taught you how to be a better lawyer?

Law is very much focused on the interpretations of words. One word can have multiple different meanings. Language is so powerful that way so a word can be used literally or in conjunction with a background or additional context. A lot of what I do is figuring out that context. That’s how I’m successful as a lawyer and as a queer lawyer—by knowing the context and figuring out how to navigate that space.

What about the other way around? Has practicing law taught you something about being queer in the world?

To me there’s kind of a relationship between the rigidity of corporate systems and my ability to find a new path and to know that things aren’t set in stone. Now, I’m not the old version of myself. If I look back at myself ten twelve years ago I never would’ve thought I’d be identifying myself as queer, marrying my same sex partner, and feeling comfortable in that, being out, being comfortable being out because I was so scared of how people would perceive me. But that’s helped me learn how corporate systems can change, too. We’ve made advances in the law and the law is as fluid as we are as people as long as we’re willing to work on it together.

When I started, the legal team was one person. They wanted to branch out the team and bring in me and my colleagues. And so we’re still in a little bit of restructuring now. They definitely took a gamble on me and I’m glad it worked out.

How has it worked out?

I think this is a very comfortable environment. We talk very openly about the importance of empathy, caring for your employees, and the cultural dynamics of Flyhomes. So it kind of started from day one that I knew this was a place where I didn’t have to put on a persona, where I wouldn’t have to act a certain way, put on a suit, have my voicemail message be a certain way, that I had that space for autonomy to build my style. I’m not expected to go by a script.

With law, you have to uphold certain standards so you can’t just always be beating to your own drum. But part of why I like what I do is because I’m not just doing transactional law or litigation—this is more individual pieces of advice and collaborating on bigger projects.

Where do you want to go with Flyhomes?

I want to work with the C-suite more, but that’s years in the future. For now, I’m taking it day by day.

Are you confident you’ll get there?

Before, all the laws were written by property owners and men and people who held the cards. We’re trying, as a society, to make it more equal. It’s taking a long time because law was built on these customs. There’s so much work that needs to be done, which can be frustrating and sad, but we need to start somewhere. If I can change, so can the world. I just feel like there’s so much potential. The LGBTQ+ community, law, Flyhomes. You have to start somewhere.