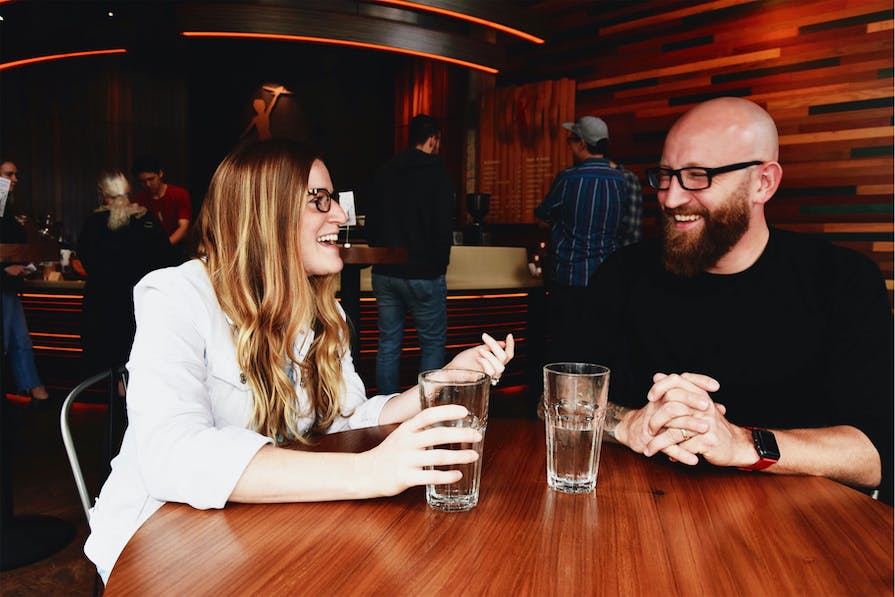 Buying a home you love can seem like a faraway dream for people in competitive markets, but Zach and Liz Baker did it by working with FlyHomes. We sat down with the charming couple on a quintessential Seattle afternoon to chat about their home buying journey and how FlyHomes changed the game for them.

The Journey to Flyhomes

Zach and Liz crossed paths at Oregon State University and decided to move to Seattle after marriage, about seven years ago. They didn’t know a soul in the Emerald City but were ready to take on whatever came their way with the big move—only they never thought finding a home would be one of their biggest challenges.

“We had already lost two offers and stepped out of the market because we didn’t believe we had a competitive advantage in this market,” said Liz. “By the time we reached FlyHomes, we had lost hope and were emotionally bankrupt.”

At first, when a friend sent the couple a FlyHomes Facebook advertisement, they weren’t sure about trying a non-traditional business model for something as important as buying a house. They called to learn more.

Zach and Liz spoke with our Client Success team, who helped them feel comfortable enough to meet in person with one of our licensed experts.

“What really sealed the deal was when we met our Client Advisor. She sat with us in a room for two hours, patiently answered all of our questions and was there for us every step of the way,” said Zach.

During that initial meeting, Zach and Liz learned about going on home tours with our on-demand tour specialists. Tours are the best way to find out more about the FlyHomes business model, all while viewing a home of your choice.

Within three weeks, Zach and Liz closed on their beautiful West Seattle home.

“West Seattle is the only Seattle we’ve ever known,” said Liz.

For Zach, West Seattle is a neighborhood that “…feels connected to the city, but not part of the urban sprawl which is exactly what [he] loves about it. The sunsets are amazing with the Puget Sound view.”

Liz loves the variety of fun shops and restaurants in West Seattle. “We get the privacy and quiet of a neighborhood, but still feel like we’re part of the city.”

The Bakers wanted a home with character and charm, and they signed on exactly that—a single-family home with beautiful plantation blinds that, for Zach, changed the dynamic of the entire property.

The Bakers moved into their West Seattle home back in August and haven’t looked back. Our post-close home services have been the “nugget at the end of the road” for the couple in knowing that FlyHomes is there for them even after closing on their home. They’ve built a long-term relationship with contractors and have a connection for future home purchases.

“You helped us do something we knew we couldn’t do on our own,” said Zach. “You aren’t just helping people buy a home, you’re changing the course of their lives.”

We’re thankful to have helped The Bakers find, win, and move into their beautiful new West Seattle home. Thank you, Zach and Liz, for trusting us. We at FlyHomes are here to help you succeed in what sometimes seems like a daunting processes. We’re here for you!