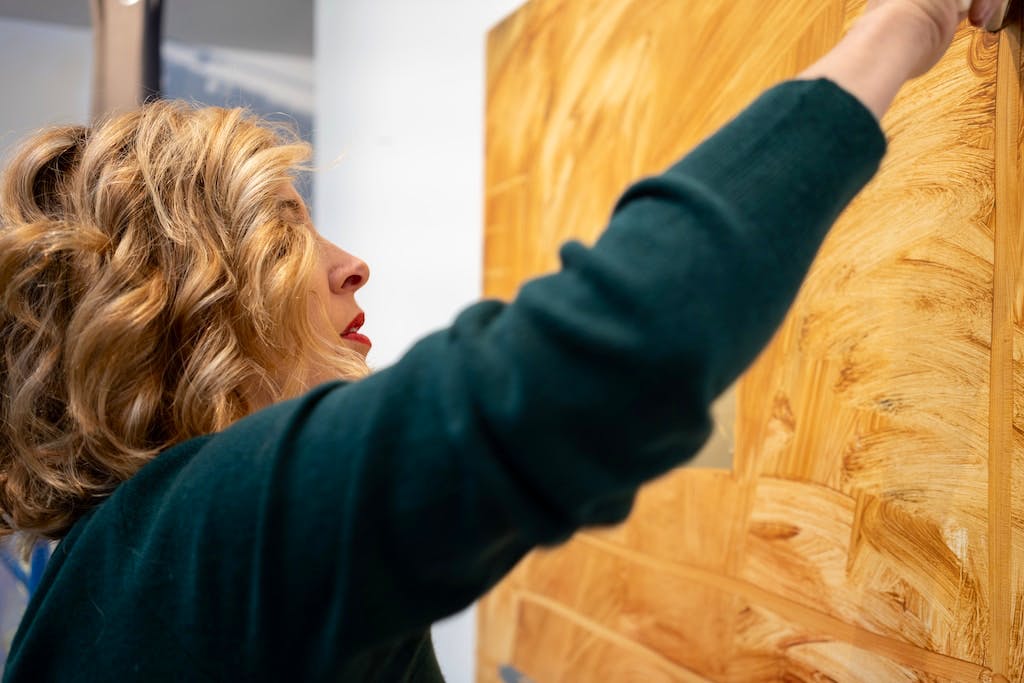 Learn the ins and outs of how to find a stud in the wall.

Your home decor choices can make or break your living room look. And your walls are your home decor canvas. But any experienced homeowner knows that you can’t just hang anything anywhere.

If you want to securely hang heavy objects like mirrors and shelves, you’ll need to find the studs in your wall. With the help of a household stud finder tool or another manual technique, you can locate the vertical framing in your walls and hang items safely and easily.

The basics of wall studs

What is a stud in the wall?

A stud in the wall is one of the most important pieces of home construction. Studs are the vertical boards that run from the bottom to the top of your home’s wall. In other words, they’re part of the backbone of your home. Some studs are load-bearing while others aren’t. There are tons of different kinds of studs, but for homeowner purposes, all you really need to know is that a stud provides a secure anchor for hanging wall items.

Are there tools to help find a stud?

There are several different tools and methods used to find a stud. Some homeowners take a more intuitive approach, looking near electrical boxes or searching for imperfections in the wall. You can tap the wall or search around windows to try and find a reliable stud. It’s even possible to download and use a stud finder app—yes, there’s an app for that. But the quickest and surest way to find a stud is to use a stud finder, a handheld device that works using an electronic sensor or magnet.

What do you need to be careful of when you’re drilling into a wall?

Before hanging anything on your wall, you’ll need to first drill a hole. Drilling a hole beforehand also helps ensure that there is in fact a stud where you intend to hang things. Expect to meet some resistance if there is wood behind the area. That’s a sure sign that you’ve located a stud.

But homeowners should take caution when drilling into walls. The biggest danger is drilling into an electrical wire, which could result in flooding or electrocution. It’s best to avoid drilling around sockets and light switches unless you’re an expert. You’ll also want to take care to avoid any pipes. As a general rule, you should be especially careful when drilling into your bathroom and kitchen walls.

How to find a stud in the wall by knocking

The tried-and-true method of knocking on the wall doesn’t require any tools, making it a perfect option for stud finding in a pinch. To find a stud in the wall by knocking, tap the wall with your knuckle while moving from left to right. Pay attention to the pitch from your knock. Wherever the pitch sounds different and the tapping changes from a hollow sound to a solid sound, chances are there’s a stud behind the wall. Studs are usually placed at 16-inch (or sometimes 24-inch) intervals in the wall so if you’ve found one, it’s usually not too difficult to find the rest.

How to find a metal stud in the wall?

Most studs are made of wood but some are made of steel. Hollow steel studs aren’t detectable by all stud finders, meaning you might have to take a slightly different approach if your home has metal studs. Some electronic stud finders can detect metal in a wall, but generally, magnets are your best bet. Steel studs will be strongly attracted to magnets, but they might require additional support if you’re hanging something heavy.

Do I need extra support when hanging items from metal studs?

When hanging lightweight items, you may not need to drill a hole in your stud at all. For slightly heavier items, a simple drilled support will do. If you plan on hanging extremely heavy objects, however, metal studs aren’t the best for support. You may want to use plastic anchors, drywall anchors, or toggle bolts, depending on the weight of the object you intend to hang. If you’re hanging a TV, for instance, you’ll need to make sure the hollow, narrow steel studs have enough supporting hardware. For heavy jobs like TVs, mirrors, and shelving units, don’t rely on the support of metal studs alone.

How to find a stud in the wall manually?

Sometimes, you need to begin hanging immediately, but you don’t have access to a stud finder. Fortunately, there are some old-fashioned manual techniques that can help.

Look at the trim: Your baseboard is attached to the studs, so one common method is to search for the connection between baseboard and studs. These fastened connection areas are likely filled and painted over, but you may be able to locate one then search for the rest.

Try the outlets and switches: Another technique is to look around your switches and outlets, as electrical boxes will always be mounted on a stud. Remember to take special care with this technique, as you don’t want to run the risk of hitting electrical wires. You can also turn off the power to the outlet. Once you find the edge of the stud attached to the electrical box, you can measure ¾ inch to find the center of the stud.

Search around the windows and doors: Windows are usually designed with a stud on each side of the frame, as are doors in most residential homes. In fact, most have two studs side-by-side to provide extra support for the opening. Try measuring 16 inches from the edge of your window and searching from there. Remember that some of these studs are placed in addition to the standard 16-inch on-center studs. It’s more difficult to find the stud edges around windows than with other methods so this technique is slightly more challenging, but worth a try.

Make use of the 16-inch method: The third most common manual stud finding technique is to measure 16 inches from the corner of the room. Obviously, this method is not perfect and works best for the exterior of the home, but it’s worth a shot if you find yourself in a pinch without a stud finder.

Summing it all up

Knowing how to find a stud is one of the most useful skills you can have as a homeowner, along with having a set seasonal home maintenance checklist.

Once you know how to find a stud, you’ll view your home decor in a whole new light. You’ll be able to mount virtually any household object safely and confidently. Just remember that a stud finder tool is your best bet, but you can try knocking or measuring from corners, light fixtures, and windows in a pinch.

How do I know where the studs are in my wall?

There are two main ways you can find studs in your wall: manually, or with the help of an electronic stud finder. In most houses, studs are placed 16 inches apart, which is useful if you know where one stud in a room is located and need to find others.

How do you find a stud without a detector?

If you need to find a stud without a detector, there are several manual methods that involve tapping on walls and searching for signs of studs. Some of the most popular manual techniques include searching for wall imperfections, examining outlets, switches, and window frames, and inspecting the trim that runs along your floor and ceiling horizontally.

Can I use my phone as a stud finder?

There’s no shortage of stud finder apps on the market today. Stud finder apps boast their ability to detect studs and metal objects using your phone’s built-in magnetometer, but not all live up to their claims. Many, however, do work similarly to traditional stud finders and offer a quick, convenient way to locate wall studs.

What to do when you can’t find a stud in the wall?

All walls have studs for structural support but not all of them are easy to find. Some homes are framed differently during construction and studs might not be where you expect. Some tips can help you locate these elusive studs, like searching near outlets and measuring from known stud locations.

What happens if you drill into a stud?

When you hit a wooden stud, you should be met with some resistance, but this resistance shouldn’t feel extreme. Then, you can anchor hanging objects from studs to provide them with additional security. When drilling, it’s important you take care not to drill too large a hole in your wall stud, so as not to risk destabilizing the stud.

How far apart are studs in a wall?

Can you drill into a stud?

Yes, you can drill into a wooden stud with a drywall screw and a bit of your choice. If your home is supported using metal studs, we recommend using titanium or cobalt drill bits for best results. Steel studs may require additional anchors to support your hanging needs.

What is code for stud spacing?

Most building regulations call for utility-grade studs to be placed either 16 or 24 inches apart, although 16-inch stud spacing is much more common.

Can wall studs be 24 inches apart?

Yes, wall studs can be 24 inches apart. In an effort to save resources while maintaining safety, some residential construction companies make use of 24-inch stud spacing. Don’t be surprised if you find your home is among these 24-inch examples.

About the author: By day, Celita Summa is a Florida-based freelance writer specializing in real estate, technology, sustainability, and a plethora of other topics. By night, Celita can be found developing her talents, which include her black belt in karate, her fluent Italian, and her knack for vegan cooking.