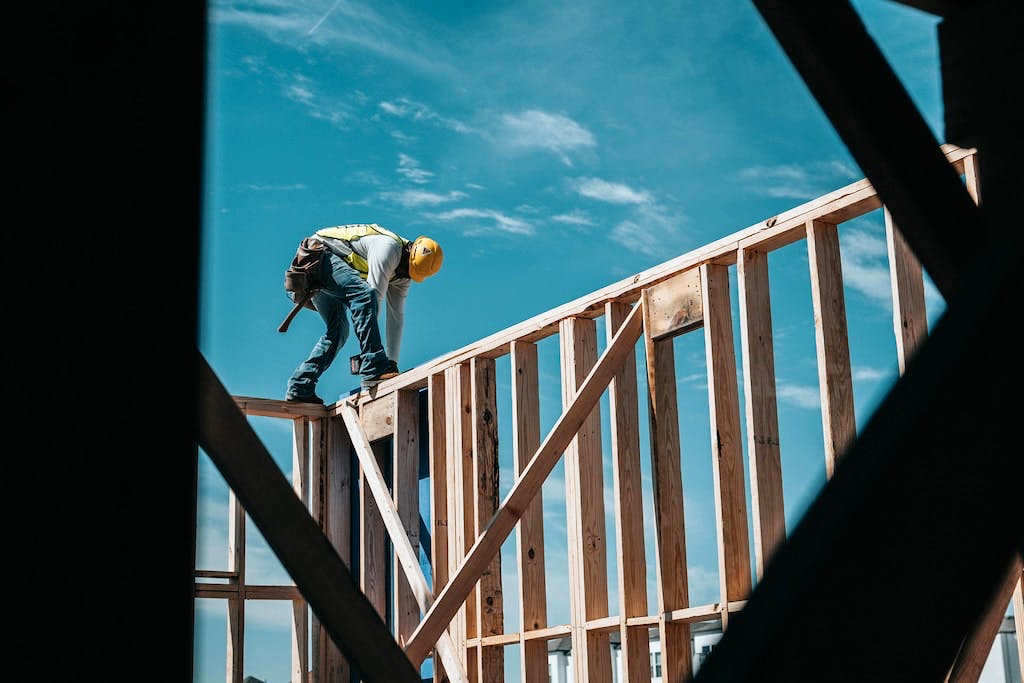 Love the home you’re touring but want to see if you can remove a wall? Here’s how to tell if a wall in a home is load-bearing.

When you’re touring a home, it’s easy to fall in love with the house. But it’s also common to envision future renovations.

If you tour a home and don’t love the layout, there are certain situations where a wall can be removed to create the space that you want. But a wall might also be a permanent part of the home.

Older homes tend to have lots of smaller rooms, while today’s designs include more open concept spaces. But what if you find a home you love, except for a wall here or there that’s blocking the view or making rooms smaller than you want?

Knowing the difference between a load-bearing wall and a wall that isn’t load-bearing will determine how safe, affordable, and time-consuming a potential remodel will be.

Removing a wall that isn’t load-bearing is a project that can be done on your own, but it’s still a substantial project that requires repairing the ceiling, floor, and remaining walls as well as hiring experts to move any plumbing, wiring, or ductwork that was in the wall.

A load-bearing wall is another thing altogether.

What is a load-bearing wall?

In the diagram below, Engineers Daily shows how a load is transferred from a slab to the beams. It then transfers to the columns and then to the footing and ultimately to the soil below the structure.

To support a building, exterior walls are nearly always load-bearing. Interior walls can be load-bearing, or they can simply break up the space and define different rooms.

How can I tell if a wall in the home is load-bearing?

If you’re planning a remodel, there are a few ways to tell if a wall is load-bearing, so you can assess how involved a renovation would have to be. If you’re touring a home, there are a few things you can check during the tour that will give you a good idea of which walls are load-bearing.

What if I can’t see the floor or ceiling joists?

Can I remove a load-bearing wall?

The short answer is yes.

The long answer is that it really depends on the location of the wall and the steps you’re willing to take to remove it.

Removing a load-bearing wall often requires permits because you are changing the actual structure of the home. Inspections are also necessary to ensure that the project hasn’t compromised the safety of the building and that all of the wiring is up to code.

What does it mean if a wall is not load-bearing?

Many interior walls in a home are stud walls—walls that are framed using studs, secured to the floor, ceiling, and other walls, and covered with sheet rock. Stud walls are not load-bearing. These non-load-bearing walls, also called partition walls, are just that—a partition to separate certain areas in the home. They aren’t necessary for the structural integrity of the building, and therefore can be removed if necessary.

When removing any wall, it’s important to remember it may have other structural elements in it like wiring, plumbing or ductwork.

Buying a home that you know you’ll want to renovate can be a difficult decision. But going into it with as much knowledge as possible can ease some of the stress. Determining which walls are load-bearing and which are partition walls during the home tour will allow you to see the potential in the home and start planning even before the papers are signed. It will also give you a better idea of what a renovation project will cost and whether or not you’ll want to tackle it.

How can you tell if a wall is load-bearing in a single story house?

In any house, there are floor joists and ceiling joists. These are the horizontal boards that support the floor and ceiling. These joists are also supported by load-bearing walls that run perpendicular—or at a 90-degree angle—to them. If you can see the floor or ceiling joists in a single-story house and the wall runs perpendicular to them, the wall is likely load-bearing.

You can also reference the blueprints of the house and look for walls labeled “S” for structural.

Some interior walls are load-bearing while others are partition walls that are there to separate the space.

How do I know if I can knock down an internal wall?

How big can an opening be in a load-bearing wall?

The size of the opening depends on the structure of the home and the amount of support for the load that the wall will carry. If you don’t want to remove the entire wall, you can create a pass-through where a portion of the wall is removed and additional support is added.

About the author: Stephanie Mickelson is a freelance writer based in Northwest Wisconsin who specializes in real estate, building materials, and design. When she’s not writing, she can be found juggling kids and coffee.