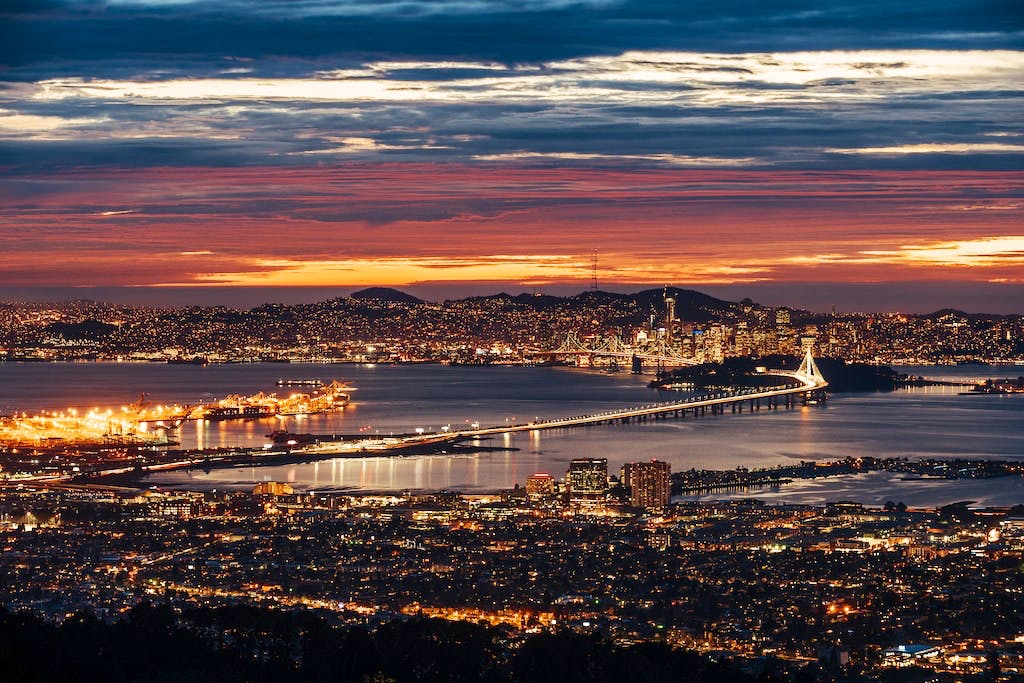 The Bay Area is a popular place to live for young professionals and individuals in the tech industry but San Francisco can be too expensive for people looking to actually buy a home—not just rent… Fortunately, if you’re looking to move to the area, several suburbs allow you to be close to the perks of the city without the high price tag.

Are you making a move to the Bay Area? Here are some listings to get you started.

Suburbs and towns north of the Bay

Located 30 miles outside of the city, Vallejo’s 122,000 residents make this one of the larger cities north of the Bay. And the population is projected to grow 1.2% over the next five years.

The cost of living in Vallejo is approximately 87.1% less than in San Francisco which makes this a popular choice for homebuyers looking to stretch their budgets. It’s a popular place for wine lovers, too since Vallejo is located just 15 miles from Napa Valley.

But Vallejo is not a stopover or bedroom community. It has its own culture and identity. The city hosts a monthly art walk and has an active nightlife scene that is only expected to grow as the city attracts more and more San Francisco transplants.

Vallejo is also on the Pacific coast, and the marina area offers weekend activities such as kayaking, fishing, and paddleboarding. For history buffs, Mare Island, the country’s first naval station on the West Coast, now has more than 100 businesses just a short drive from downtown.

The savings aren’t just reflected in the home prices; the overall cost of living in Fairfield is estimated to be 81% less expensive than in the city. Located amidst farmland and rolling hills, Fairfield is known for its wine tours, farm stands, amusement park, and jellybean museum. Fairfield’s 120,000 residents and visitors also enjoy a robust restaurant scene, with cuisines from around the globe, fine dining, and wineries.

Located midway between San Francisco and Sacramento, Vacaville’s rural setting among farmland, orchards, and rolling hillsides makes it seems like it’s further from the hustle and bustle than it really is. iBut don’t let the city’s charm fool you into thinking it’s a small town–Vacaville’s diverse population boasts upwards of 103,000 residents and has a thriving downtown.

With a median home price of $448,000, Vacaville houses sell for 40% of what the average home in San Francisco does. And since Vacaville is centrally located, day trips to Lake Tahoe, the beach, and wine country are some of the excursions residents enjoy.

Suppose you’re not interested in venturing out of town. You can take advantage of the city’s many recreational facilities, the Solano Community Symphony, or attend one of the CreekWalk Concerts that the city sponsors year-round.

Still haven’t found what you’re looking for? Read our guide on the lowest prices per square foot north of the Bay.

Suburbs and towns east of the baby

Home to more than 990,000 Californians, San Jose’s affordability, climate, and high median household income of $117,324 make this Silicon Valley city a popular alternative to San Francisco. Even with the higher income, San Jose is still 13.5% more affordable than San Francisco.

San Jose is well known for startup tech companies, having been the birthplace of Hewlett-Packard and Apple, and is still home to over 2,500 tech companies. And it was named #5 on U.S. News and World Report’s Best Cities to Live list.

With a BART extension set to be finished by 2026, San Jose residents will have a fast and easy way to travel into the heart of San Francisco. However, San Jose offers lots of its own activities, from plenty of dining options to several popular sports teams. And despite its size, San Jose boasts a lower crime rate than similarly sized cities across the United States.

As the largest city in Alameda County, Oakland is one of the more well-known alternatives to San Francisco. Home to nearly 434,000 people, Oakland’s cost of living clocks around 38.2% less than in San Francisco.

Located just across the San Francisco Bay, Oakland is one of the most ethnically diverse cities in the United States. The dining options in Oakland reflect its diverse makeup, offering a flourishing culinary scene. Oakland sits just 9.8 miles from San Francisco, so if you need to be in the city, it’s a short drive over the Bay Bridge.

Known for being the home of the University of California, Berkeley is the next largest city after Oakland, with 118,000 residents. But Berkeley is not your average college town. Although the plentiful bars and restaurants along the main drag, Shattuck Street, appeal to the younger crowd, Berkeley’s quiet, suburban streets are a top choice for many families and retirees.

As a slightly more affordable alternative to San Francisco–approximately 2.4% more affordable–Berkeley’s median income of $91,259 works to offset those costs.

There is plenty to do around the town, and Chez Panisse, a restaurant known for using locally sourced, seasonal foods, is considered by many to be the birthplace of California cuisine.

Suburbs and town south of the bay

As its name indicates, Pleasanton is considered one of the more pleasant places to live in the Bay Area, with a crime rate 72% lower than other California cities and an astounding 2.8% unemployment rate.

This pleasant town is around 25 miles from San Francisco and home to 79,000 residents. It was named one of the top 10 places to visit for its mild climate, lovely community parks, and many locally owned stores.

Home to the Alameda Fairgrounds, Pleasanton hosts more than 45 events and festivals every year and is just a short drive from outlet malls and wine country.

Pacifica, California, is a beachfront town located 15 miles from San Francisco. Known for its surfing, hiking, and other outdoor activities, Pacifica is located midway between San Francisco and Half Moon Bay.

With around 39,000 residents, Pacifica is a smaller option for outside-of-the-city living. But don’t let its size fool you–Pacifica hosts many fine dining options for foodies, restaurants with cuisines from around the globe, fun beachside boutiques for local shopping, and a thriving arts and entertainment scene.

Considered part of Silicon Valley, Foster City sits about midway between San Francisco and San Jose, right on the San Francisco Bay. Its 34,000 residents enjoy a cost of living 12% below that of San Francisco.

This beachfront city is committed to providing a high quality of life for residents, with weekly food trucks, summer concerts, and other activities in one of several parks around the area.

Where to live in the Bay besides San Francisco: If you want to live near San Francisco but need a more affordable option (or don’t want the hustle and bustle of such a large city), there are plenty of choices in every direction. If you’re ready to make your move to the Bay Area–or just outside of the Bay Area–let us help you start your journey.