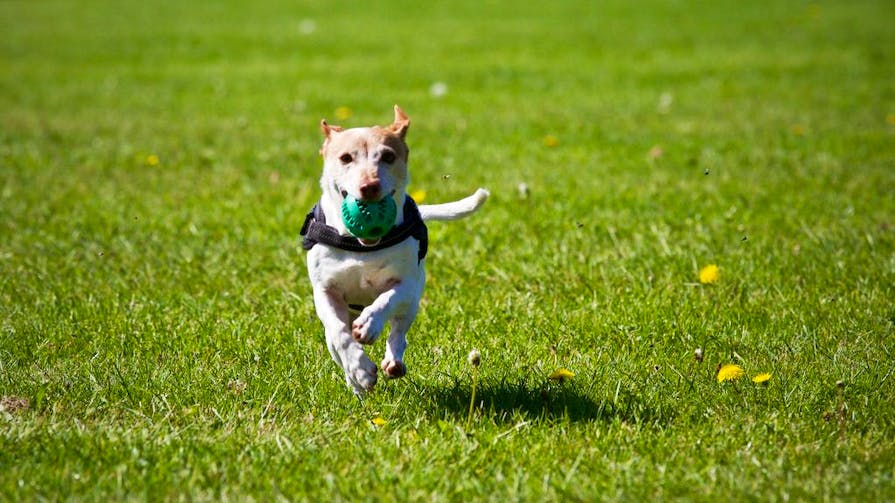 Are you a dog owner buying a home in the Bay Area? Here’s our list of popular dog parks in your area

If you’re a dog owner, you know your pet’s needs play a significant role in choosing where to buy your home. If you’re buying in the Bay Area, you’re in luck. San Francisco is a dog-friendly city, with many options in many different neighborhoods. Here’s a breakdown of some popular dog parks in San Francisco.

Ready to make your move to the Bay Area? Here are some excellent San Francisco properties.

According to the San Francisco Recreation & Park Department, dogs are welcome in most city parks, as long as they are on a leash. There are a few areas within the parks where dogs are not allowed, including athletic fields; tennis, basketball, and volleyball courts; children’s play areas; and sensitive habitat areas where species of animals or plants need to be protected.

Designated off-leash dog parks are always enclosed, and you’ll see signs that indicate where these dog park areas are located. Make sure to check before you take your dog off leash in a park; otherwise, you risk facing a hefty fine.

Fortunately for dog parents living in the city, there are 53 dog parks in the San Francisco area. We’ve chosen some of the best-loved ones for you.

A list of the top seven San Francisco dog parks

When you think of San Francisco, there’s a good chance you think of Golden Gate Park, within the Golden Gate National Recreation Area. The park dedicated to this architectural marvel and the scenery of the Bay is the third most visited park in the country, with four dog parks on over one thousand acres.

Admission to the park is free.

The all-sand dog training area near the bison paddock is a popular choice for dog parents in the northwest corner of the park. Stationed at Fulton Street and 38th Avenue, the city recently renovated this area with a five-foot fence, new surface materials, and landscaping.

In the northeast, there’s another fenced area on Stanyan Street between Hayes and Fulton Streets.

Bernal Heights dog park is another favorite among dog owners. This 39-acre park is a favorite of residents and visitors alike because it offers panoramic views of the city. Find it at the top of Bernal Hill, where dogs can roam unleashed around all 39 acres.

Bernal Heights is a family-friendly neighborhood in eastern San Francisco, and the park is one of the community’s main attractions. There are numerous trails within the park where you can explore and reach the summit, then walk to a neighborhood restaurant or brewery patio for some downtime.

Golden Gate Park isn’t the only dog park that offers views of San Francisco iconography—the Alamo Square district is home to the Painted Ladies, a row of pastel-painted Victorian houses that are one of the most photographed sites in the city.

The designated dog park is located on the western end of Alamo Square park. Take in the park’s historic architecture while your pup runs off leash through the grassy field.

Compared to other city parks with extensive hiking trails, this park is a more open area that encourages your pup to socialize with other dogs.

Hayes Street borders the park to the South, Fulton on the north, and Steiner and Scott on the east and west. There are plenty of places to eat just a block away on Castro Street, but parking can be problematic in the area, and there is no designated parking lot.

Alamo Square is a popular spot for tourist buses to stop, so don’t be surprised if you end up in someone’s vacation photos.

The site of DogFest, a dog- and kid-centric annual fundraiser with activities, games, treats, food, and drink for humans and pups alike, Duboce Park has both on and off-leash dog areas. When not hosting the festival, this dog park is known for the puppy parents who come to socialize and relax while catching up with friends.

On the western side of Duboce park, you’ll find the newly renovated Harvey Milk Center for the Arts, which hosts classes, performances, and other fine arts programming. Get to Duboce Park on the right day, and you and your pup might catch a puppet show or storytelling session in the park.

If your pup is a water baby, Fort Funston is the place for you. Fort Funston sits on the western edge of San Francisco and is known for its 200-foot high bluffs and hiking trails, and it’s one of the best hang-gliding locales in the country.

Go to the southwest corner for the off-leash dog area. You and your pup can hike, play in the surf, and watch people horseback ride along the bluffs. Parking is available in the lot off of Skyline Boulevard.

Another hilltop park with views of the city, Lafayette Park, is located in the Pacific Heights neighborhood of San Francisco. This is a popular spot for dogs big and small.

Pacific Heights is known for its luxury homes in the style of French Chateaus and Spanish-style mansions. You may even spot a celebrity while hanging with your pup in Lafayette Park. And when you’re finished, you can lounge on a Polk Street patio in one of the many restaurants and breathe in the lavender scent wafting over from the grove in the park.

The dog run at Pine Lake Park is another favorite of dog owners in the city. In the off-leash area, your pup can run while you chat with other dog parents on the benches provided by the park. If you’re interested in getting some exercise, leash up your dog and stroll around the lake along the paved trail.

Pine Lake Park has strict hours of 6 am to 10 pm, and all city dog rules apply.

Where should you take your dog to play in San Francisco?: San Francisco is a dog parent’s haven, with plenty of options to choose from when it comes to socializing your puppy. These parks are just a few of the 53 parks throughout the city with off-leash areas, trash cans, water stations, and other amenities.

Are you and your pup ready to make a move? Check out these San Francisco homes.