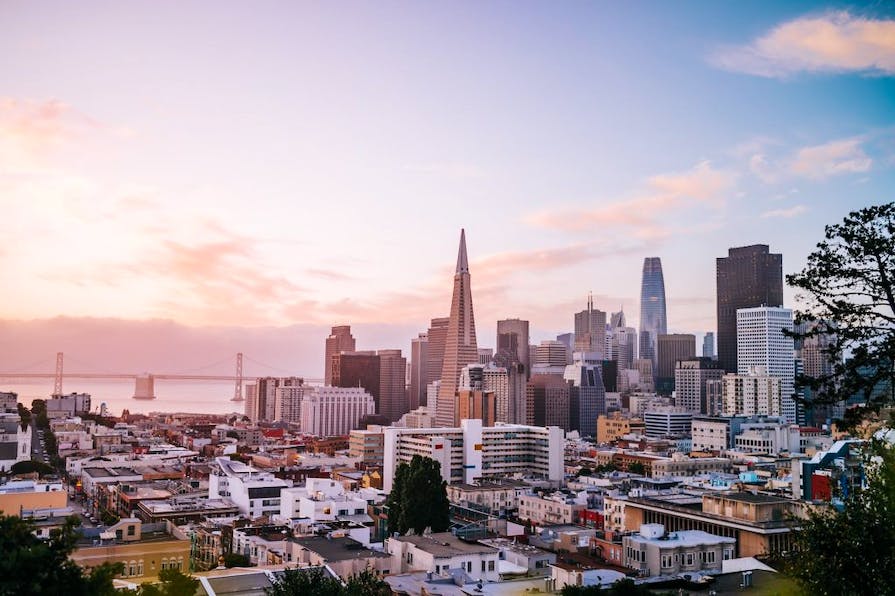 Anyone buying a home knows there are a ton of variables that go into which one you choose to submit an offer on. But one of the most important details is which school district your future home is in. Even if you don’t have kids now, you may be planning to have children in the future. Plus, no matter what your family status is, the school district can determine the future resale value of your home.

To help you make your homebuying decision a little easier in San Francisco, we’ve put together this overview of all the school districts around the city. From graduation rates to teacher-to-student ratios, here’s what you need to know about each school district in the Golden Gate City.

Are you moving to the Bay Area? We can help!

The San Francisco Unified School District, or SFUSD, is the largest in the Bay Area. With 127 K-12 schools in the district, SFUSD educates over 57,000 students every year.

SFUSD is the seventh-largest California district, with over 9,100 employees working throughout the city and county. The school’s diversity breakdown is 33% Asian, 30% Latino, 14% White, 6% African-American, 4% Filipino, 1% Pacific Islander, and less than 1% American Indian.

To serve its growing student population, the SFUSD has a budget of $1.1 billion. The graduation rate has steadily improved over the last five years and now stands at 88.3%. Residents praise the schools in the district for their diversity, low student-teacher ratio of 21:1, and disability accommodations.

Located across the bay from San Francisco, the Oakland Unified School District has an enrollment of just over 34,500 students. A budget of $691.8 million keeps the 80 K-12 schools and 28 other facilities running for the year.

The graduation rate for Oakland USD is 72.4%, with 49.7% of graduates attending either a two-year or four-year college or university. With a student-teacher ratio of 19:1, the district has average reviews based on academics but has a high diversity score according to Niche.com.

Fremont Unified School District, like Oakland USD, is located in Alameda County, south of Oakland and across the bay from San Francisco. The district has over 33,000 students spread across 41 schools and is the 23rd largest school district in California.

The Fremont USD boasts a 92% graduation rate, and 91% of those graduates continue to some form of higher education. For the last six years, the school has outpaced the state average in standardized testing scores, and they have a 96% average daily attendance rate.

The schools have a 96% graduation rate, with 95% of graduates planning to attend some form of higher education. With a budget of just under $400 million, San Ramon Valley USD has more National Blue Ribbon and California Distinguished School distinctions than any other Northern California district.

The approximately 36,000 students in the Mt. Diablo USD are 55% White, 26.7% Latino, 7.8% Asian, 5.2% African-American, 3.7% Filipino, 1.1% Pacific Islander, and 0.5% Native American. The school district recently underwent a $10 million budget cut due to decreasing enrollment and the need to reverse deficit spending.

Despite the recent cuts, Mt. Diablo USD is one of the most competitive districts in the region for employee compensation packages and has around 3,200 employees across the schools it serves. The district has an 86% graduation rate.

Situated across the bay from San Francisco to the northeast, the West Contra Costa Unified School District serves the cities of El Cerrito, Richmond, San Pablo, and Pinole.

The district prides itself on diversity with a population that is 54% Latino, 18% African-American, 10% Asian, 10% White, 6% Filipino, and 2% Multiracial. More than 50 languages are represented in the families of the 32,197 students.

The demographic makeup of the Hayward USD is 65.8% Latino, 8.6% Asian, 7.6% African-American, 6.9% Filipino, 3.4% White, 3.3% Pacific Islander, and 0.2% Native American. For the most recent school year, the budget for the district was just over $304 million, and the district is facing cuts similar to other districts in the region.

Overall, the school district has a graduation rate of around 85%. The district has award-winning visual and performing arts programs and dual language immersion programs in Spanish and Mandarin, and it has a 23:1 student-teacher ratio.

The district has budgeted $308.7 million for the year, and the schools have a 92% graduation rate.

What to know about school districts in the Bay Area

The San Francisco Bay Area has many school districts to choose from when deciding where to buy your home. Even if you don’t have children, a good school district can mean home value stability, safety, and proximity to amenities like restaurants, parks, and public transportation.