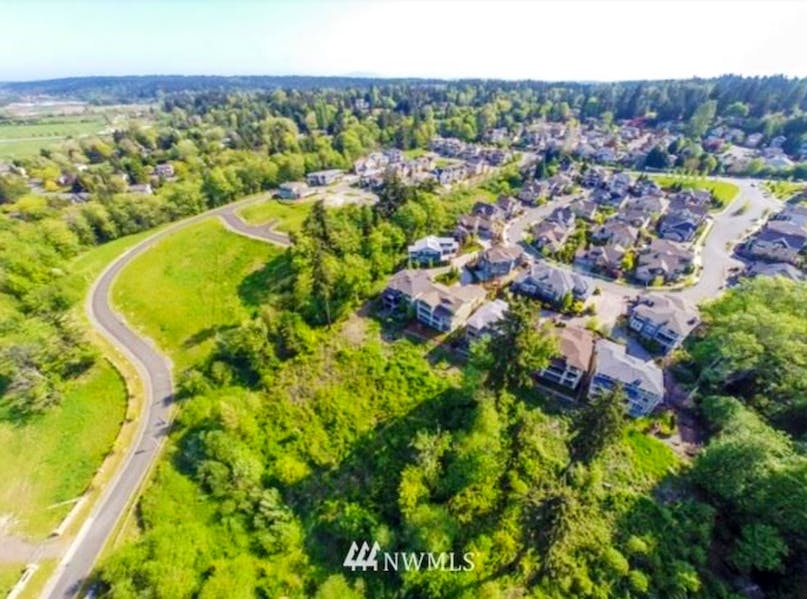 It’s no wonder why people have been calling the area on the north side of Lake Sammamish home for over 10,000 years. The streams north of Lake Sammamish were abundant with salmon for the Stillaguamish, Snoqualmie, and Muckleshoot Native Americans for centuries. And the thick forests were particularly attractive to settlers looking to stake logging claims.

The first municipal plots for the city of Redmond were drawn up in 1891, and the city was incorporated on the last day of 1912, and a lot’s happened since.  Redmond’s population of 65,000 is now some of the highest-educated and well-paid in the region. The city covers 17 stunning square miles at the northern tip of Lake Sammamish, along the Sammamish River. Just a stone’s throw from the Seattle and Bellevue metropolitan areas, Redmond might be the last hidden small town in a quickly expanding region.

Homebuyers should take a hard look at buying in Redmond. In this article, we’ll break down why the Redmond area is a great place to buy right now, and what you can do to help increase your chances of winning a home bid on the home you love.

Why buy in Redmond?

At just 65,000, Redmond’s population is far smaller than the surrounding cities. Bellevue, to the south, comes in at 113,000 people and Kirkland, to the north, has closer to 90,000. The comparatively small population and location in the foothills of the Central Cascades also help give Redmond a small-town feel—without sacrificing any big city amenities.

You can bike anywhere

Redmond is the bike capital of the Northwest! The American League of Bicyclists officially considers Redmond a bike-friendly city. City government has invested in miles of bike paths and bike-commuter lanes throughout the city so residents can go between nearby cities and employment centers safely on a bike. Look for bike maps on the city website to plan out your ride.

Salaries are high and unemployment is low

It might seem like a cliche these days to claim that the Northwest is a tech hub, but Redmond is leading the way. As the home of Microsoft, Redmond boasts one of the lowest unemployment rates in the country at just over 3%. And Glassdoor reports that the average software engineer in Redmond makes over $120,000 to start. But you won’t have to rely on Microsoft, either. Nintendo and Facebook are both top employers for Redmond residents.

The Pacific Northwest loves beer. Washington state alone has 337 breweries. Redmond is at the epicenter. Mac and Jack’s brewing, Postdoc Brewing, Black Raven Brewing, and Big Block Brewing all call the lakeside city home. But beer is just the beginning for Redmond’s food and spirits scene. With high-end restaurants and unfussy weeknight eateries, Redmond residents will always find a place to enjoy a satisfying meal.

It has some of Puget Sound’s best city parks

The crowning glory of Redmond’s green spaces is Marymoor Park. Spread over 640 acres along the northern shore of Lake Sammamish, Marymoor Park has walking trails, biking trails, boating, swimming, a dog park, and a large amphitheater for nationally touring musicians. But that’s just one of the many parks featured in this lush part of King County at the base of the Central Cascades. Head to Perigo Park for sports fields of the Sammamish River Regional Park to enjoy the slow, meandering stream emptying into Lake Sammamish.

It’s in the middle of everything

You wouldn’t know it by its quiet, forested streets, but Redmond is bordered by two major highways to the south and west. The 520 floating bridge will take you west into Seattle and I-405 will take you to points north or south along Puget Sound from Lynnwood down to Redmond. While many Redmond residents live and work right in the city, it wouldn’t take much to be able to commute to any major city center within the county or beyond.

Greatschools.org rates 75% of the schools in the Redmond School District above average for all its metrics. Average testing scores are above 80% across the district and schools in STEM subjects and the graduation rate for Redmond students is 94%. The district has a diverse student body as well, with Asian and Pacific Islander students accounting for 30% of the student population. With less than 20 students per teacher and high teacher retention rates, the Redmond School District is a model district for the state.

How to buy a house in Redmond, WA

It should come as no surprise that the Redmond housing market is pretty competitive. Inventory is low, while prices are only climbing higher—in early 2022, the average selling price for a home in Redmond was $1.3 million. But really, it’s not impossible to buy a home in Redmond. Here are a few things you can do to find the best properties for your budget and increase your chances of winning a home offer.

Yes, homes are expensive in Redmond. But not all of them, and not everywhere. The Bear Creek neighborhood along Avondale Road is one of the more affordable neighborhoods with median home prices hovering around $777,000. Set your search filters for the price and neighborhood in your budget, but make sure to remember that homes will likely go above asking, so give yourself a little wiggle room.

Winning a home offer is more than just about how much you’re willing to pay. Some offers that come in for a lot more than asking tend to struggle with financing, because the home may come in with a low appraisal or the lender may not approve such an over-the-top loan amount. Get pre-underwritten before you make an offer and you’ll come across as more of a sure thing. Some sellers even value that more than a higher offer, allowing you to negotiate for more affordable terms. Read about the difference between pre-underwriting and pre-approval here and find out how Flyhomes can help you lock in your loan.

Your real estate agent can make or break your homebuying experience. They should do more than just take you to open houses,  they should come armed with all the data, research, and insight you’ll need to make a strong offer on a home. If you work with a good real estate agent, you can rest assured that the offer you make is a fair one for both you and the seller. And when it comes to homes in Redmond, you’ll need to find an agent you can trust so you don’t feel pushed into buying an expensive piece of property that’s well above your budget. Flyhomes agents don’t work on commission and come prepared to win, backed up by Flyhomes researchers working to compile real-time data for you to make winning decisions. Make an appointment to talk to an agent today.

Redmond is a beautiful corner of King County with a lot to offer, which is why its homes can be expensive and its market competitive. But with the right information and a team of expert agents working with you, you should have just as much of a chance as anyone to live in this desirable city on the lake.

​​What salary do you need to live in Redmond WA?

The median income for a household in Redmond is $132,188, which is one of the highest in the country. Zerodown ranks the city as having one of the top ten highest costs of living in the country as well.

Is Redmond cheaper than Seattle?

Where should I live in Redmond, Washington?

Education Hill is one of the more desirable neighborhoods with home prices topping more than $1.5 million on average. But Bear Creek and Downtown Redmond are equally as liveable with homes and condos coming in between $700,000 and $900,000 on average.

What is Redmond WA known for?

Redmond’s main claim to fame is that it is the headquarters of Microsoft. But, regionally, Redmond is most notable as the home to one of the county’s largest and most visited parks, Marymoor Park. It is also home to some of the highest-rated schools, breweries, and bike trails in the county.